I was struck by a statement by Mark Hoplamazian, CEO of Hyatt, from David Gelles’ Corner Office column in the 10/21/18 NY Times.

When asked about his experience moving into that role: 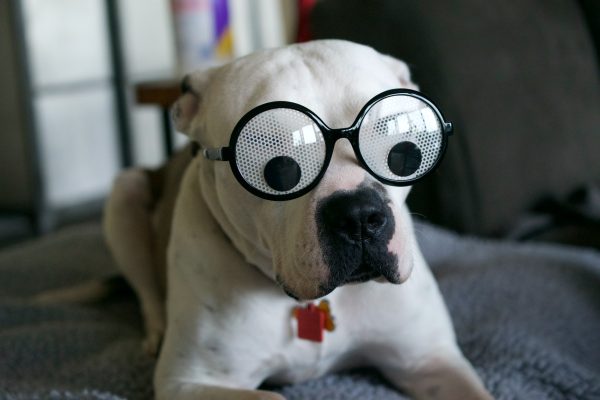 “I came into the business, and I was pretty ignorant… That level of ignorance was super-powerful because it just let me ask a whole bunch of stupid questions…

Those simple questions often led to interesting discussions about why we do certain things the way we do, and that led to changes. But it was organic as opposed to me coming in thinking that I knew better.”

This takes me back to an experience early in my career, where a fellow actuarial student asked so many questions that his peers began to refer to him as “Shut up, Sam.” (Not his real name.) Years later, he came back to that organization as a senior officer, and many who knew him by that nickname found themselves one or more levels below him.

People often hold back on asking questions for fear they might be perceived as dumb questions. In fact, sometimes those dumb questions are the most important ones you could ask. Often they lead you to uncover hidden assumptions of which neither side is fully aware. And they create much more clarity in the discussion and issues uncovered.

In job interviews, candidates will avoid asking questions that they fear might lead to a discussion of areas in which they have limited expertise, thereby surfacing possible weaknesses. Or they worry that the questions will be seen as too intrusive, or take the interview off track, and therefore don’t ask.

This is a big mistake. Actively avoiding questions on certain topics, and holding back on what you really should find out about the company, operation, people and culture leads to a lack of clarity on exactly what you might be getting into. Often the other person notices (at least subliminally) the lack of deeper questioning, and that can communicate to them a lack of either interest or self-confidence, further impairing your candidacy.

I can think of many instances where I’ve debriefed candidates on an interview, and pointed out places where the hiring manager made an observation or opened the door to an interesting question about their deeper underlying motivations or challenges. As soon as they (in retrospect) see the missed opportunity, the candidates mentally kick themselves.

Plus, the more one holds back on asking certain questions, the more that becomes an ingrained pattern, and the harder it gets to break the habit.

The trick to asking dumb questions is in how you approach them.

If I’m talking with someone who says, “How would you go about benchmarking our operation?”, and I’m not sure what they mean, I might be tempted to ask “What do you mean by benchmarking?” They might now wonder about my expertise in that area.

On the other hand, I could approach the question this way:

“From my experience, every company means something a little bit different when they talk about benchmarking. How do you define it?”

“When I worked for company x, benchmarking meant …, while I know at company y it meant …. How do you view it?”

Either of these approaches communicates that I actually have substantial expertise in this area, while still getting the other person to clarify what they mean.

Another suggestion comes from an article I read discussing the importance of having mentors: “seeking mentors outside your team at work can provide a “safe space” to ask questions you might not feel comfortable asking a manager or someone to whom you report directly. That open, honest relationship can help people feel more supported both at work and in life.”

So go out and ask more ‘dumb’ questions, just do it in a smart manner!