Be Careful What You Write

Be Careful What You Write! 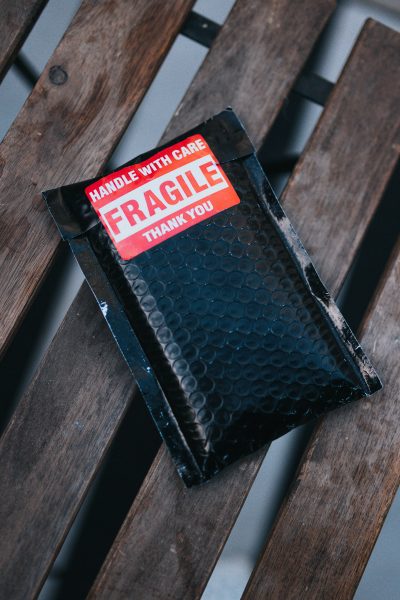 I used to be surprised at the number of resumes I would see that:

And then the cover letter errors:

These all-too-common errors are pretty obvious, and easily avoidable. Let's assume you've pored over your resume and cover letter, so you're not making those 'rookie' mistakes. What about your other communications?

We naturally tend to let down our guard when we're writing to friends and relatives, and this often spills over into emails to networking contacts and networking groups. But what impression are you making when a potential contact receives emails with typos, spelling errors or poor grammar?

One business contact used to send emails that were all bold, mixed capitalization, laid out all over the page with seemingly random indentation, with doubled exclamation points and question marks. The immediate impression was of someone who lacked written communication skills, and was clueless as to the impact of their messaging.

Would you risk forwarding something like that to someone else you respect? Or even introduce that person with any form of positive recommendation that might backfire on your own reputation?

You might think that it's OK to post 'casual' notes to networking groups, to take short cuts in how you communicate, whether you bother to run spell check, etc. After all, we're all there to help each other, aren't we? But what signals are you sending to the 200, 800, 1500 people in that networking group when you do that?

Haven't you just told them that they aren't important enough for you to take the time to make your message professional and error-free? And won't potential contacts assume that what you communicate in those 'unguarded' emails reflect your TRUE feelings? What does this do to your professional image, when these are the very contacts you are hoping will help you further your career or search?

Even if you aren't making THOSE mistakes, what about the signals you send other ways? For example, would you be excited about reaching out to help the person who posted this note?

"Hello, I'm currently living in DC and looking for an entry level job. Anyone have any connections? Thanks."

Do you have any clue what sort of job he might be interested in or suited for?

"I just recently moved to the Atlanta, GA area this week. I am searching for employment and if anyone know of any organization that is hiring, please feel free to share my attached resume."

He expects everyone reading his note to do the work to read his resume and figure out what he might be seeking / qualified for - how many do you think will even bother to open the attachment? (And he apparently didn't take the time to proofread such a short email, as it includes a typo.)

Attitude is critical. We are counseled to never badmouth past employers in interviews, and to avoid being negative about past situations. But what about in messages posted in blogs and networking forums? What conclusions might you draw about the person posting this message?

"The main problems with applying for jobs that one is overqualified for are: (1) they believe you are going to quit when something better comes along, and (2) they feel they have more power hiring someone who is more entry level. They don't want a knowledgeable person second guessing their decisions, even if the employee isn't going to say anything or try to grab power."

The first point is quite reasonable, but the 2nd starts to reveal an attitude that many hiring managers would find objectionable. After reading this, wouldn't you be hesitant to introduce this person to influential people you might know?

Also consider what happens when a potential hiring manager or powerful networking contact "Google's" your name. Are some of those poorly crafted, error-prone or attitude-revealing postings going to show up in the search? If so, what damage have you just done to the professional image you are trying to present?

So make sure that everything you write (and do, wear, or say) sends a consistent, professional image. All it takes is one disconnect for networking contacts to start to have questions!