Know How You're Doing

Do You Know How You're Doing?

What's the single most important thing you can do to: 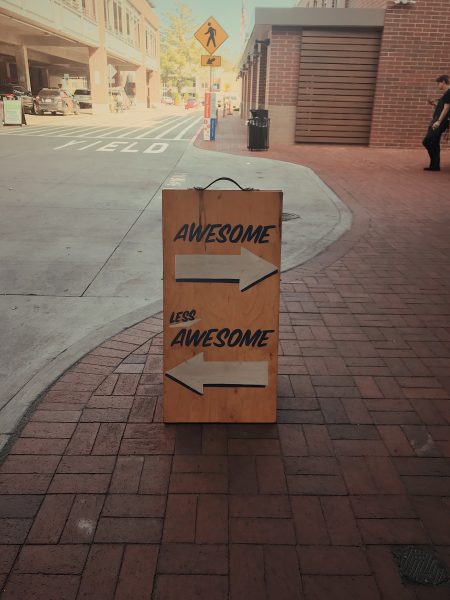 The answer to all of these is the same - find out what you could be doing better!

Remember Ed Koch's catchphrase when he was Mayor of New York City: "How'm I doing?" He said it so often that it probably became a joke to many of us. But I guarantee you he got lots of valuable input from people!

What do you think those closest to you, those you work with every day, the senior managers who can be so important to your future career opportunities, your clients, etc. would say if you asked them "How am I doing?" And would the answer be the same if someone else asked them how you are doing? And do you just THINK you know the answer, or do you REALLY know what they would say?

The only objection you can never overcome is the one that you don't know about.

Have you ever met someone at a networking event, and within a few minutes of conversation concluded that you would have to be very careful about who you would introduce them to, for fear they would 'burn' your own connections? Have you ever read a posting to a networking group that revealed attitudes that made you cringe? And have you thought, "I'm glad I'm not like that!"

We all have our blind sides. The only way to overcome those is to seek out critical feedback, painful though it might be. And "critical" feedback is the most useful kind!

If you ask "How am I doing?" and the answer is "Great," you may feel good, but it doesn't give you insight into areas where you might improve. And often you may get a "Fine" that doesn't really mean you're doing fine. After all, friends are sensitive to your feelings. Co-workers are reluctant to be too critical, because they don't want to impair your working relationship. Subordinates are afraid you might take it out on them in other ways. Networking contacts don't want to get into an awkward discussion. Etc.

This suggests that if you want true, substantive feedback, you need to do a little work yourself to get it. You need to show that you really want the unvarnished truth, and that you won't get angry about it. You need to probe a bit yourself. And instead of asking questions that make it easy to give a non-committal positive response, ask those that invite serious input, like: "What's one thing I could do better?"

Once you start getting some feedback, probe it further. Get really curious about what you are hearing. Don't agree or disagree, or attempt to convince the other party why you are really better at "X" than they think. Nothing will stop the flow of honest feedback quicker than an attempt to defend yourself! (You can always schedule another time to show what you've done based on their feedback, or what you've realized they might not know, AFTER you've shown that you've really heard them and thought about it.)

What does it mean to get really curious? Ask additional questions and dig deep into the feedback you're receiving, like:

Now I'm not suggesting you need to accept all of the criticisms you might hear carte blanche! After all, what you are hearing is one person's opinion, or what they have seen from one vantage point. Just be careful not to EVALUATE the input until you've listened very carefully and gotten all of the detail you can.

Seeking this type of feedback can be particularly disarming with a boss, if done at the right time. The wrong time is during or soon before a performance appraisal. The right time is early to midway through the appraisal period, when there's plenty of time left to change your behavior, and your boss's perception of your performance.

And finally, be sure to thank people for their honest feedback. Sincerely. Remember that just as you are making yourself vulnerable by inviting criticism, they are putting themselves on the line by providing it. Once you've had time to think deeply about the input they've given you, get back to them to let them know what you are going to do differently. Let them see that you've really taken it to heart, and that it was worth the risk of telling you what they truly thought. Use that to create a feedback loop that can help you achieve continuous improvement.