What Gremlins Hold You Back?

I was talking with someone the other day who has been in a career search for a long time, and asked him about his message. He admitted that his core issue was that he didn’t really know what value he brought to the table. 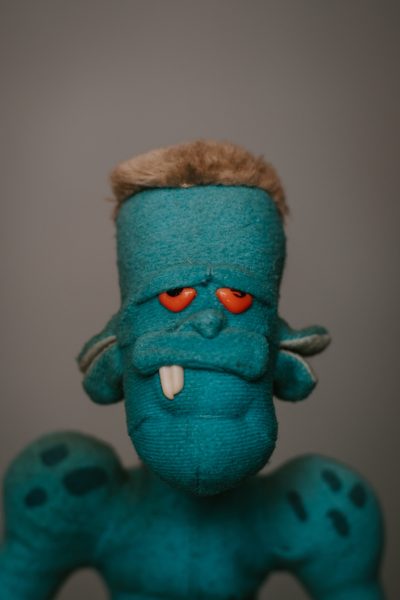 We all put gremlins on our shoulders that can hold us back, if we let them. In his case, there were a number of them conspiring to sabotage his confidence and his search.

When I left my last full-time corporate role, it was to try something new, to branch out from my actuarial career. I took advantage of an executive outplacement program to help me figure out what that would be.

Almost immediately, I saw that everything about career search and self-marketing came naturally to me. But the gremlin on my shoulder told me that it would be very hard to build my own business, and really, was I good enough to do that? Did I even want to be trying to market myself all the time, and what did I really have to offer that was so special?

So I sought out a systems role. I applied everything I learned about marketing myself to land such a role, and ended up being offered a systems consulting assignment, doing exactly what I loved to in that arena.

Three weeks later, I was offered a full-time job at another company, in an actuarial systems role, at comparable net compensation, and found that my gremlin had disappeared. I realized I loved being independent, and suddenly the idea of marketing myself was no longer a daunting task, just the dues I would pay to stay independent. And so, when the systems projects finally dried up after 5 years of full-time assignments, I didn’t hesitate at all to do what had been calling me, and opened up my Career Search Counseling practice. That was in 2003.

Here’s a fundamental principle to keep in mind when dealing with gremlins:

Here’s a gremlin I come across frequently:

Not hearing back from an interview creates the assumption that you’ve been ruled out, which can lead to depression or anger or frustration or other emotions. Those emotions affect how you act towards that opportunity, and your search in general.

The truth is that no news is just that, no news. Attributing other conclusions is rarely helpful, and if it affects how you act, and can be quite damaging.

A business colleague once called me to bemoan a situation he had been through over the preceding 2 days. Harvey had a networking / interview conversation with a business owner who was very interested in him, and had promised to get back to him within 24 hours.

By mid-day the next day, Harvey got nervous, and called the owner himself. When he got voice mail, he left a somewhat shaky message, and then called again a few hours later. By the time he spoke to me, the damage had already been done, and the owner had instructed him never to call again.

Had Harvey not let that gremlin convince him something was wrong, and had he handled the situation in a professional, business-like manner rather than coming across as a stalker, he might be employed there today.

The key to dealing with these gremlins is first to recognize them. So here’s my homework assignment for you:

Think about your job search, career or networking / business-building activities. Examine a time when you got stuck, and your momentum slowed or stopped. When you avoided doing something that you really knew you should be doing, or where you didn’t follow through as you intended. What thoughts were going through your head?

Send me what you come up with at Advice@JHACareers.com, and let me see if I can re-frame those thoughts for you in a way that helps you push aside your own gremlins.