Are You Guilty of Sloppy Networking? 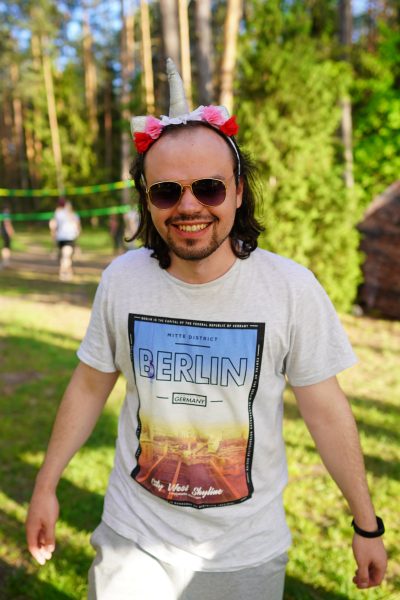 Two colleagues and I ran a networking group in Basking Ridge for a number of years. There was one person in particular who was seeking an executive level role, yet persisted in showing up in shorts that were a bit ratty, and a T shirt or cheap polo shirt.

We were open to all, so that wasn't a problem for us. But to me it suggested sloppy networking. He either assumed that there would be no one at our meetings who would have influence with the people who might be able to hire him, or was clueless that to make a strong (positive) impression that could lead to good referrals, he would need to look the part. Both were bad assumptions.

Another person used to show up in a dumpy sweater with her hair barely combed. She continually complained about how unfair the entire job search process was, how biased employers and hiring managers were against her, etc.

She actually was a talented engineer, but was completely clueless about how much she turned others off. In fact, a friend who had high-level contacts throughout the technology industry remarked to me that within 5 minutes he realized that she was one of the smartest engineers he had met, AND that he would not dare introduce her to any of his contacts.

One of my mentors (Jack) joined in on my latest "COVID-19 and Your Career Search" webinar. Afterwards, he shared these observations about certain of the other attendees. (I've changed the names used to preserve their anonymity.)

"The way people comported themselves on today's webinar is indicative to me of how they are likely to fare in their job search and probably how they might perform on the job:

Jane seemed self-absorbed and failed to notice that she wasn't muted. I sent her a private message to suggest that she mute her phone, and she responded, "Don't be a nudge. My nieces need to talk to me and they won't wait." I don't give her prospects much credibility.

Ralph asked a question and presented himself as a soft-spoken but likely capable worker. I don't think he'd be hired for a top-level job, but if an employer wanted someone to work, say, on experience studies, he could be a good choice. At least, he made himself visible. Visibility is part of the value proposition that a job seeker has to bring to the marketplace.

Mary was very impressive. I was sufficiently impressed that I tried looking her up on-line. She was interested in working for herself if she didn't find a great job. That's the kind of gumption that can be very impressive. She made a great first impression.

Larry spoke a lot but didn't have much content to what he said. It wasn't clear to me why he was on the call at all.

The rest of the participants were in listen mode so one had no impression of them one way or another. Lack of visibility sends a message of its own.

No one on today's call could know how many participants might have been prospective employers looking for talent, knowing that others on the call were in the marketplace and, thus, available to hire. Thus, the comportment and surroundings of job seekers as they were on display on the call were significant.

Jack's observations were spot on. And that last point says it all. You never know who might be observing you, so when you are in a career search, you really do need to be 'on' at all times. (I would argue the same applies if you are employed and interested in advancing your career.)

I urge you to carefully examine all of the points above, and make sure you're not guilty of sloppy networking!