Are You Following The 5 C's?

I sometimes do a workshop I call The 5 C's of an Effective Marketing Message. The C's I had in mind were: 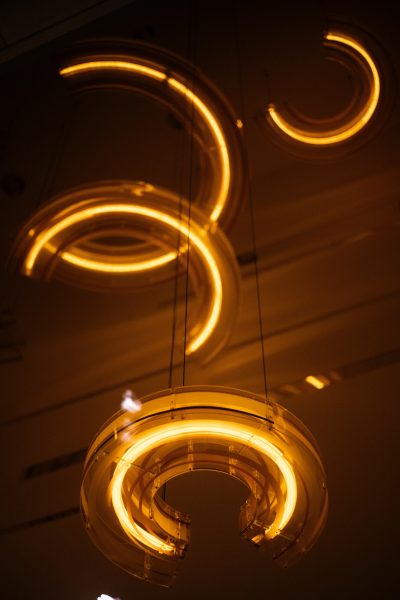 I've written and spoken a lot about the content of an effective message, and it is critical. But then one time I was giving a workshop, and delivered my "bad example" in an upbeat, confident manner, smiling at the audience. Someone at the back immediately said, "I'd buy from you!"

That was a vivid illustration of the importance of the right delivery. Hence Content is just one of the 5 C's above.

Let's take these apart one at a time and look at how you can approach them to sharpen your networking and marketing efforts. Today we will focus on Context.

Think about this situation:

You are at a networking event, and I walk up to you, introduce myself, and state confidently and smiling, "I help job seekers who are frustrated with their search."

That's likely to come across as pushy, giving the impression I'm trying to sell you something.

I walk up to you and introduce myself with just my name, and ask what you do. Later in the interaction you ask me what I do, and I use that exact same statement above.

In this latter context, wouldn't that seem fairly natural, and no longer pushy? In fact, that marketing headline has become my go-to answer to "What do you do?", and has generally been very good in furthering conversations.

You need to always consider situational context and whether you need to adapt your message accordingly.

How do you adapt your message appropriately?

Try practicing variations with a friend. Ask if they find your message (and delivery) genuine and interesting. Would it create curiosity and make them want to know more? (We'll get into more about this when we talk about Content.)

Many networking events have a venue where attendees are expected to get up and introduce themselves. Often there is a specific time-frame given, such as 30 seconds. That is very different from a 1-on-1 conversation, and should be handled differently.

Years ago, I invited a friend to one such event. He had a pretty good elevator pitch, focused primarily on the value he could bring to the table, as I advocate. We walked over to the continental breakfast table, and as we were getting our fruit and bagels, another person introduced himself. My friend responded with his 30 second pitch.

While there was nothing wrong with the words themselves, it was just too long a response for that early in a 1-on-1 conversation. Once he was done, the other person took his food and headed off.

My friend would have a completely different reaction had he simply given a one-line marketing headline response, and then let the conversation unfold. He could still have given his full elevator pitch, just in a couple of pieces over the course of the conversation.

By way of contrast, a client once came to that same group. When it came time for everyone to stand up and deliver their 30 seconds, she was nervous and gave one half that length. She turned to me in defeat, and I responded that what she said was actually very effective. She had delivered an interesting statement, and it stood out even more because she had kept it shorter.

When the pitches were done and we returned to informal networking, three different people sought her out to give her leads.

Be sure you understand expectations. It's generally not a problem to shorten your pitch somewhat, as my client did. But be careful not to go longer. If you are expected to give a 30 second pitch and go on for a minute, what will be remembered most is how you selfishly (or cluelessly) took too much time.

And if it's a Zoom event, be careful about how and when you enter your pitch (or even contact info) into the chat box. Groups often have a protocol around that, and a time when attendees are actually invited to do so. Going solo without that invitation can be seen in itself as pushy, turning what might have been an effective statement into a negative branding opportunity. And giving too much info in the chat box can have the same effect.

Another aspect of context is the audience.

Which often leads to the question:

"My ideal target is telecom companies, but I don’t think there are going to be many telecom people in this audience, so shouldn't I cast a wider net?”

My answer: generally, no.

The goal of your pitch is to start the conversation and help equip people to know what would be most helpful to you. Even though there might not be many telecom executives in that audience, don't you think some attendees might know others in telecom? Use a message that is a genuine reflection of your interests, and try to tap into their networks.

Finally, don’t forget that appearance is part of the context. Dress appropriately to the group and the event (even on video), and to the message you want to send. If you are looking to be hired (either for a job or consultant), make yourself appear as the sort of person I might want to hire, or refer.

Get the next C here.