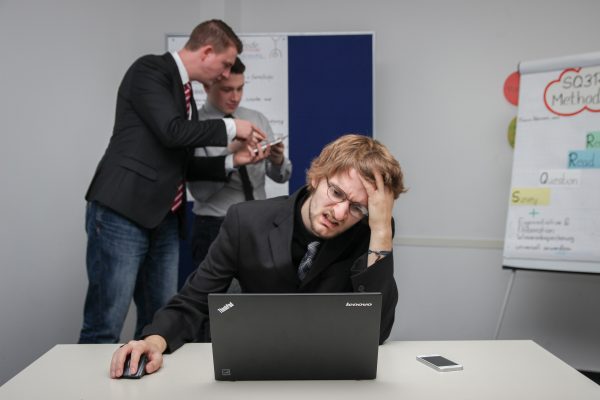 “I was recently terminated from my employer of twelve years due to a company infraction of which I am innocent. I was fired for allegedly taking some training notes from a co-worker, which had no value to me. I am innocent but now I find myself in a situation where I have no idea how to approach a perspective employer.”

You should think about this as two separate (but linked) issues:
1. What to do about the bad mark on my employment record.
2. How to answer “Why did you leave your last employer?”

Difficult as this can be emotionally, you need to work at putting your natural anger at the unfair treatment behind you before you can really deal with #2 effectively. If networking contacts and potential hiring managers see the anger, it will interfere with making strong connections to them, and greatly diminish their interest in connecting you to possible opportunities or influential referrals. You need to come across as the consummate professional, who can talk about unfortunate occurrences without badmouthing past employers. When you are successful in doing this, people will be very impressed. You are defined much more by how you deal with your challenges than by the challenges themselves.

Regarding #1, you should see what you can do to get your record cleared. It might be worthwhile to have a consultation with an attorney well-versed in employment issues. I wouldn’t recommend suing your past employer, except as a last resort, but it may be that a letter or other contact from an attorney can result in a change in the official record to show that you left due to, say, a staff redundancy instead of “for cause.”

You will also want to spend a little time thinking about the personal issues you had with your supervisor. Be brutally honest with yourself in exploring what piece, however small, you might have contributed to those issues, and how you might have reacted differently to create a more positive response.

You may want to talk through this with a trusted advisor to help you see it from a third party perspective. The key is to uncover any blind spot that could haunt you in the future, and to make sure that you are better prepared to deal with any future situation that touches on this. This could also be the making of a great story to tell in an interview about a past weakness and what you have done to work on it.

Now, let’s move on to the 2nd issue, “Why did you leave your last employer?”

Whatever the result is of attempts to clear your record, you need to be as honest as you can be without openly badmouthing your past employer. Think carefully about your answer and practice it with others, asking them to be brutally honest in their feedback. Work on it until you can deliver your message professionally and without negative emotions.

Obviously, this will be much easier for you to do if you have managed to clear your record. If you haven’t, think about answering the question in stages, depending on how deeply the other person insists on probing, and what stage in the hiring process you are in. For example, here’s one possible scenario for addressing this.

At the earliest stage, your answer could be as simple as:
“There was a misunderstanding that led to a parting of the ways.”

If the person inquires further, then you might share:
“My supervisor mistakenly thought I had taken some training notes from a co-worker, and let me go.”

If pressed further, you might say:
“Frankly, I’m disappointed that I was not afforded the opportunity to defend myself, but I’ve moved on. If you don’t mind, I would prefer to focus on why I would be an outstanding candidate for this opportunity.”

Keep in mind that if you don’t get through at least the first two stages (above) with your interviewer by the end of the conversation and it looks like they might do some fact or reference checking, you would be better off revealing the situation before they find out on their own. You don’t want them to think you were dishonest with them because you didn’t share it. To avoid that, you could volunteer the second stage yourself, and be prepared to answer any questions that arise as a result.

Finally, you should think about who you could come up with as a reference to your character and honesty, and make sure to include that person in every reference list you give out. You could even work that into your answer above, adding something like, “I pride myself on my honesty, and would encourage you to address that with any of my references.”