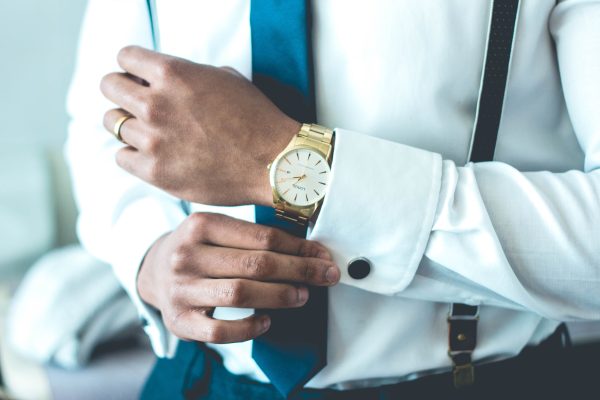 When a job seeker told me he’d had a great interview, but that they wouldn’t pay him enough to make it worthwhile, I asked how he knew. His answer: “Because I asked them what the range was.”

I asked why he did that. The question surprised him. “Because I wanted to know … but don’t worry, I first told them that money wasn’t the most important thing to me, that I was most interested in the challenges, etc.”

This is a common mistake among job seekers. They are naturally worried about compensation and want to know what the possibilities are. They want to be prepared for offer negotiations. But there are many other ways to find out enough information to satisfy those concerns, such as through networking with people in similar roles at other companies, or friends at the particular company who aren’t involved in the hiring decision; and through research in the library and on websites like SalaryExpert.com.

The problem with being the first to bring up compensation with anyone in the hiring chain is that just raising the question:

“Oh, but I said all the right things first.”

So? Do you think hiring managers aren’t savvy enough to know that you ask every question for a reason? Do you really believe that they don’t try to use every piece of information offered, including what questions you ask, to get a fix on what’s important to you and whether you are the best possible candidate?

OK, that’s better than asking the hiring manager. But don’t you think I will seek input from every person you talked to prior to making a decision whether to move forward? Or do you assume that the HR person’s opinion carries absolutely zero weight?

“But I didn’t ask about salary, just other benefits.” (eg, paid time off, medical/dental)

Why is that any better? Those benefits are still part of the total compensation. In fact, that might be worse. As a hiring manager, I can at least understand why someone would be so worried about salary that they ask about it, but to ask about specific benefits? Now I’m wondering whether you are even focused on the right issues, and understand that benefits are a tradeoff for salary. And if it was vacation time you asked about, I might now be worried about whether you are prepared to put in whatever time the job requires.

“But, wait, by asking early on, I’ve often been able to find out they couldn’t offer me enough to make it worthwhile, and saved us both the time and energy of a pointless interview!”

Perhaps, but how do you know that they couldn’t offer you more than what they said? If I’m a hiring manager interviewing for a job whose range was $70-100,000, typically I’m going to try to bring in new employees in the lower half of the range, ie, $70-85,000. 90% of offers I make will be under $87,000, but there will sometimes be exceptional candidates to whom I offer $90,000 or even $95,000.  And once in a great while I will even upgrade the job to a new grade level to fit that exceptional candidate, opening up a whole new range.

But if someone asked me early in the process what the range was, I would likely answer $70-85,000. I don’t want the candidate thinking I can offer more, and then bargaining for that higher amount. Plus I don’t want to set things up for them to potentially be disappointed with the offer because they compare their offer to a top of the range I don’t expect to offer.

In fact, twice in my years as a hiring manager, I offered a candidate who was a superstar a salary only a few $1,000 below what I was making! But I NEVER would have even considered revealing that number as a possibility to either a prospective candidate or a recruiter who was interested in sending me candidates – until I interviewed those candidates, I hadn’t considered that amount a possibility myself!

Here’s the most fundamental reason never to bring up compensation yourself: You don’t want a prospective employer thinking about how much you might cost them until they are convinced they want you on their team. If you’ve done a great job in the interview of getting deep into their challenges, of establishing how much it’s costing them not to have you in that position tomorrow, that you are a great solution to their problems, then they will want to make the best possible offer they can to get you on their team!

Continue reading for a surprising response I received to this, and my answer.

1 thought on “When to Talk About Salary”