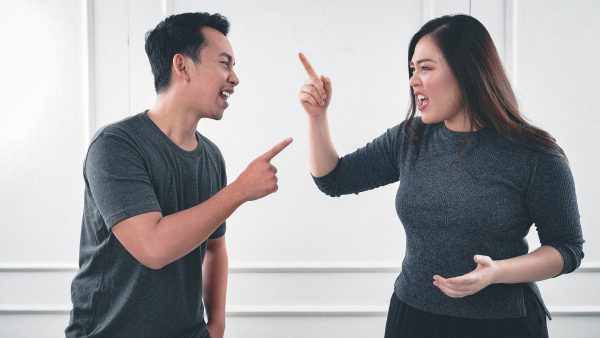 Disagreements can be unpleasant.

Disagreeing the wrong way can create bad feelings and sour a relationship.

Avoiding a disagreement can be just as bad. You can mislead the other person into believing you support their ideas, destroying trust when they realize their mistake. This doesn’t even have to have been an active attempt to deceive; it may be  because you simply failed to express your opinion at the appropriate time, or didn’t do it clearly or with enough emphasis.

Handling conflict in a very professional way can make a huge difference in your perception as a leader.

I recall an incident early in my career when I was asked to negotiate a new transfer charge formula for a service we were providing another department. We were a much smaller operation, and had a corporate mandate that required us to provide the service, which didn’t create a lot of incentives for them to agree to a change.

As a new actuary going on my own to negotiate with a senior actuarial officer with a reputation for being a real hard nose, I was nervous. I went in armed with critical analysis to back up my case, and argued forcefully but without letting my emotions get the better of me, even as my counterpart made sarcastic remarks regarding some of my arguments.

I walked out not only with a substantial concession on the formula, but a new found respect from that officer, with whom I have had many dealings over the years.

So how do you go about disagreeing professionally?

Take one cue from this article on taking ownership for your mistakes – eliminate the “But”!

“But” is a word that expresses contradiction, so that it immediately raises tension.

Suppose I have a meeting with Joe to present a proposal. I think my proposal fits the bill perfectly, but Joe has reservations and expresses them. My natural inclination might be to say something that starts like this:

“I understand how you might feel that way, but…”

This starts out well, by acknowledging Joe’s position without agreeing with it. Then I risk blowing the deal with the “but.” Joe is likely to hear the implication:

“You’re wrong, and now I’m going to tell you why.”

I want to get Joe to brainstorm with me on why my proposal might actually work. Instead, I’ve thrown in the grenade that can make him defensive about his position before I ever get there. A better alternative would be to substitute “and”, as in:

“I understand how you might feel that way, and here’s how I think this proposal addresses your issues.”

Substituting “and” for “but” may feel awkward at first, but it will definitely help reduce tension and increase your ability to disagree professionally!

Try this and leave a comment to let me know what happens!